Devadetta - Kalki in Hinduism, bestowed by the god Shiva

I will do videos about these other horses. When Theo and I started the ancient history shows, we started with the hypothesis that planet Earth was seeded by Extra terrestrials, we are calling them the Annunaki.

After the Annunaki created many creatures they created the perfect being to be their slaves - Humans. This is where our legendary creatures come from.

Pegasus story starts with his parents. His Parents are Poseidon and Medusa also known as the Gorgon.

Medusa, a beautiful, exceptional woman caught the eye of Poseidon. Medusa not wanting to be Poseidons consort ran to Athena’s temple for protection. Poseidon raped her in the temple which infuriated Athena. Athena punished Medusa by turning her into a snake headed monster.

When the hero Perseus cut her head off, her blood mixes with the ocean and Pegasus and his brother, Chrysaor, a giant, were born from the mix of her blood and the ocean water.  Athena tamed him and gave him to Perseus, who flew to Ethiopia to help Andromeda.

Pegasus a pure white horse, had many adventures helping the heroes of Greek legend. He carried Zeus thunderbolt. There are water springs he helped come into being,  one of them is the Hippocrene - Horse spring.

The hero Bellerophon caught Pegasus. Pegasus aided Bellerophon in his fight against the Chimera.

Zeus turned Pegasus into the star constellation for his faithful service.

Enjoy & have a wonderful week! Keep your heart open and aligned with the energy of LOVE! 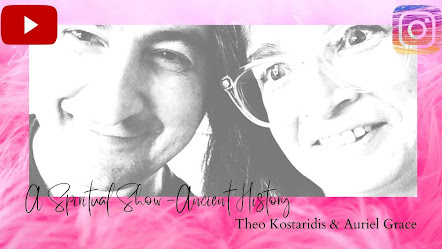