Showing posts from April, 2016
Show all

Vow of Silence A vow of silence is a religious vow, usually taken in a monastic context, to maintain silence. Known as Mauna in Hinduism, Jainism, and Buddhism, the practice is integral Christian and Islamic traditions as well. Apart from that it is also followed as a spiritual practice. Pythagoras imposed a strict rule of silence on his disciples; the Vestal virgins also were bound to severe silence for long years.  Religious orders such as the Benedictines have insisted on this as one of the essential rules of their institutes In releasing this vow you enable yourself to speak and hear your truth. This vow is connected to the Throat Chakra and the Solar Plexus Chakra. Do you feel as though you are not being heard or you can't find the words to communicate you desires? Releasing tis vow can help you with releasing the built up frustration around communicating clearly.  By releasing tis vow you honor yourself and others by giving yourself perm
Post a Comment
Read more 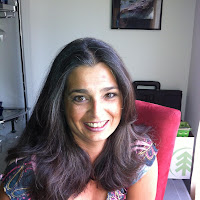 Goo & Cooties I am always asked - How do I keep my energy field clean? How do I know if I have a spirit attachment? How do I know if I am being influenced by something outside of myself?  What are those pesky Goo & Cooties in your energy field?  How can you get rid of them?  Here are some handy tips for keeping your energy field clear -  Keep your Chakras aligned and intone with the Chakra Meditation  - This meditation will assist you with aligning and clearing your chakras.  Cut & Cauterize all energetic cording that are present in your chakras and etheric body. When you work on releasing these energetic cords you will start to feel revitalized. Most cording is through our Solar Plexus Chekra or the Will Center.  Why?   Because other people in your circle might be wanting or willing you to do what they want you to do. So you want to clear those energetic cords to free yourself of other peoples control or Will. 'I invite and
Post a Comment
Read more

Psychic Tip of the Day - Vow of Obedience

Vow of Obedience  The act of obeying; dutiful or submissive behavior with respect to another person It forms part of the vows that Christian monks and nuns must make to enter the consecrated life. The vow of obedience dates back to the beginning of days as humans roamed the Earth. We vow to be obedient to our parents and elders, Gods and Goddesses and leaders to our villages, towns, states and countries. The vow is embedded in our souls. The vow of obedience keeps us entangled in other people ways of being and not our own. The vow stops us from discovering what is are own and what we might enjoy or know. It is knotted in the Solar Plexus or our Will Center. What are you willing to do and how are you willing to do it? By releasing this vow you are enabled to release relationships that not for your highest good. You stop worrying about what other people think or expect of you. It keeps other from putting their influence on you and your life.  Strengthen your
Post a Comment
Read more
More posts