Aquamarine is the name used for gem-quality specimens of the mineral beryl within a color range of greenish blue to blue. The name is used regardless of a stone's tone or saturation. So, aquamarines can range from a very light, almost imperceptible color to stones with a rich vibrant color.

Rarity – small pieces are easily sourced , tumbles stones or as faceted for gemstones

The word aquamarine is derived from two Latin words

‘The Color of the Sea’ – it is a very soothing stone

Because of its flowing, peaceful energy, aquamarine has a strong ability to help move, protect, and purify your own energy and thus aid emotional healing as well as deepen meditative states.

When the first eyeglasses were constructed in 13th century Italy, the lenses were made of beryl (or of rock crystal) as glass could not be made clear enough. Consequently, glasses were named Brillen in German[9] (bril in Dutch and briller in Danish). – Wikipedia

The ancient Romans believed that aquamarine would protect against any dangers while travelling at sea, and that it provided energy and cured laziness.

Writers of the middle Ages claimed aquamarine was the most popular and effective of the “oracle” crystals. When cut as a crystal ball, it was thought to be a superior stone for fortune telling. Many methods of using the stone as a divining tool were described in ancient literature. One method involved hanging a stone by a thread over a bowl of water, just touching the surface. The inner edge of the bowl was covered with the characters of the alphabet. The diviner was to hold the top of the thread and allow the stone to hit certain letters, which would spell out answers to an important question, sort of like a ouija board. Another method was to cast a crystal into a bowl of pure water. The disturbances in the water would reveal messages on the surface of the liquid. Aquamarine’s powers of revelation were also said to help one in search for lost or hidden things.

In Ancient, as well as Modern times, the aquamarine is said to have countless positive effects on the wearer. The attributes of aquamarine were first recorded by Damigeron in the second century BC. “This stone is good besides for damage to the eyes, and for all sickness, if it is put in water and given as a drink.” Pliny the Elder’s Natural History also lists the stone as an excellent cure for eye diseases. The eye was supposed to be washed in water in which an aquamarine was immersed. To cure serious eye ailments, it was recommended to place the powder of the gem in the eyes each morning. Ancient Romans believed aquamarine would be useful in curing illnesses of the stomach, liver, jaws and throat. Today, modern healers believe that the aquamarine stone aids in fluid retention, a further association with the water aspects of aquamarine. Modern healers also believe the stone will help deal with glandular disorders, as well as aiding in maintaining the health of your eyes, as the Ancient healers believed. Some consider the stone specific for treating most afflictions associated with the oral cavity. It is associated with the throat charka, including the faculties of speech and singing, a quality perhaps associated with the therapeutic value of the color, rather than of the actual composition of the stone.

Aqua Marine helps to cleanse the water element within, clearing away emotional toxicity and bringing inner peace. The water element represents our emotions and feelings. Our bodies are 70% water in their make up and it is essential to keep our physical bodies clean and clear. Aquamarine is a wonderful inner peace stone.

By stimulating the throat chakra, the Aquamarine gem helps to enhance immunity by opening the flow between the heart and the throat energy centers. Aquamarine is also associated with water, which gives it a cooling effect on the body.

Aquamarine is a “Stone of Courage and Protection” and its soothing energy makes it a perfect companion to calm fears and phobias. ... Used most often with the Throat Chakra to enhance spiritual communication and to clear communication blocks.

The best way to identify a real aquamarine stone is by looking at its colour. In its natural form, they have a pale blue colour, which is similar to seawater. They may have a slight green or yellow tint as well. Naturally occurring gems have excellent clarity and transparency.

Aquamarine assists with keeping the pathway between throat and heart clear for more heart centered communication. Aquamarine encourages us to understand creative expression and harmonious communication.

Aquamarine can help assist us with soothing powerful feelings, such as grief and loneliness.

Wear to enhance communication and enable your highest truth to be expressed in the world. 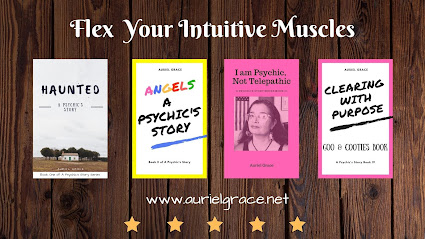