Ley Lines - Ley lines are alignments drawn between various historic structures and prominent landmarks. The idea was developed in early 20th-century Europe, with ley line believers arguing that these alignments were recognised by ancient societies that deliberately erected structures along them. Wikipedia

There are different ideas about what a ley line is and do the exist. Ley Line study is pseudo science, so there is a lot of far out ideas. Theo and I decided to be very basic while describing yo you what a Ley line is.

The ley lines I was able to find run close to or on fault lines on our planet. I went with the curve lines because the straight lines didn’t feel right to me.

Ley lines from what I understand are powerful areas on the earth where we feel a certain way, because of the gems and minerals that influence the water and or land.  Scientists have also found this idea to be true. 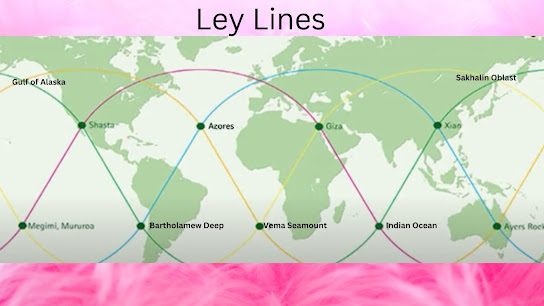 Pope Gregory told his missionaries to site their churches on ancient pagan sites, because he understood the powerful energy and how it affected the people. Most Pagan sites are built on or very close to Ley lines.

Lourdes France is built on a ley line. In Lourdes France the water is healing - there is a high concentration of a rare metal - germanium which is antiviral, antibacterial which stimulates ’T’ cells, the bodies natural immune systems. Lourdes is an ancient healing site long before St. Bernadette’s vision of Mother Mary.

Do not take anything from sacred sites.  Example about 30 years ago I visited Bandolier National Park. We were over where the archeologists were digging up houses and storage rooms. There is also caves there that were inhabited by native Americans. There were cool stones all over the place. Our guide warned us not to pick up or take anything from the site. Leave everything as it is, it is there for a reason.

Mount Shasta - is located at the southern end of the Cascade Range in Siskiyou County, California. It is a potentially active volcano. There are awesome cloud formations that form above Mount Shasta.

Mount Shasta can help you

A portal to ascension

Facilitator of the decent of high vibrational energies to Earth

Helps with the ability to deepen your respect for the Earth as a living being.

It is a retreat for Arch Angel Gabriel

Lumerian Crystal - assists with transition as we ascend to loving beings

Azores - Pyramid in Pacific Ocean  - The Azores are an interesting region as they are a chain of nine volcanic islands in three main groups that are roughly 930 miles west of Lisbon. They are all situated around the fault lines between the North American, Eurasian and African tectonic plates. An interesting place to have a pyramid given the energetic qualities often associated with pyramids. https://helenastales.weebly.com/blogue/huge-underwater-pyramid-discovered-near-portugal-the-navy-is-investigating

A sense of your greater self

An opportunity to tap into cosmological energy

Connecting to the mythical dreamtime

Ancient & Enduring connection to the land

Unity of Purpose and people

The largest isolated rock in the world Uluru is a massive sandstone dome in the middle of a flat landscape. It is 1000 feet high, stretches about 2 miles. It penetrates several miles into the Earth.

Magnetic vortex, The Aborigines are the caretakers for Uluru. Please respect the Site

Crystal - Alcheringa Stone (Uluru Amulet) Trisected pebbles reflecting the harmonious relationship between nature, the Earth and all creatures that live on it. These stones are carried for protection and good luck. They are no longer for sale. These pebbles are are reserved for the aboriginal people.

The name means ‘Many Heads’

There are 36 knobs of conglomerate rock scattered over an area of 10 str miles. Each knob represent an event from dream time.By walking the lines and chanting, Aborinines connect back into the ancient past. Past and present become one. 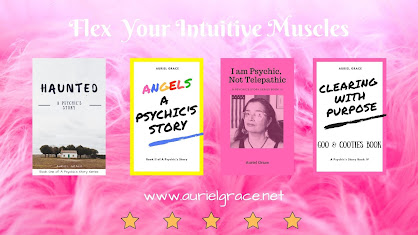