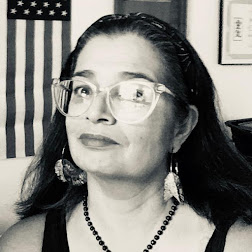 Mercury Retrograde ends 11/3 Take a breath so we can get through it. Remember Mercury Retrograde helps us break free of old energy that doesn't serve us. Let it come up, remember to be present and release the energy.

Originally part of the Louisiana purchase of 1803. Louis and Clark described is as beautiful with fertile soil and diverse in plant and animal life.

!836 Platte Purchase the US government bought 2 million acres of land from the Iowa, Sac, Fox, Sioux and Algonquin Indians for 7,400. Then moved them to a reservation in the North east Kansas.

Beginning in 1845/46, burned to the ground 1890. The Saint George Hotel opened its doors to steamboat Captains, tradesmen, and travelers alike.  Original owner Ben Holladay, moved to California in 1852.

Today, The Saint George Hotel offers an escape from the rigors of urban everyday life. It remains a historic destination, offering within it's remodeled 26 guests rooms, elements of comfort, relaxation, and the timeless serenity of small-town ambience.

Room 302 303 - Haunted by a young boy who tends to hide objects belonging to guests. Moves furniture around while peeps are sleeping.

Here are two reviews of the Saint George Hotel, to read other reviews follow the links above.

We stayed there 2 years ago….on the 2nd floor end room. Woke up in the middle of the night to what sounded like a bowling ball rolling across the floor.I tried to open my eyes and wake my significant other up but could not move. I felt someone sitting at the foot of the bed. Then , I know this sounds weird, I was able to turn my head and look toward the window and it had fire around it with some kind of emblem above it and I heard children laughing. This was around Halloween time and since then we have been back to Weston twice. Gail from Des Moines, Ia

I had a very traumatic experience there, and I am truly frightened to return. My experience occurred while using the restroom. I heard whisperings, and they began to get louder, along with additional whispers. Then the bathroom door opened. I of course was on the pot, and I noticed these shoes walking toward the stall. The shoes stopped facing the stall, then turned toward where the urinal is. I did not hear anyone peeing, and I said my cousins name, thinking it might have been him. There was no reply, just a tune being whistled. Then I heard a cough, then an few more grunts, followed by another cough. Then the shoes turned back toward the stall for a moment, turned, and walked toward the door. The door opened, but nobody walked out, and nobody was in there, as whatever it was disappeared as three door opened. The shoes were almost like moccasins with a loud hard sole. They looked very dusty as well.

What happened to me next is something I will Never forget. I then had sharp stabbing pain in my chest and shoulder. I felt like someone was cutting into these areas. I felt this panic and terror take hold of me, and I went into full panic mode. I thought I was going to die, and it came out of nowhere. I began saying someone help me out loud, and I then began to message my wife, then tried to call, but my service there was horrible. I finally called my cousin and told him I was not doing well, aND he advised me to eat, as it was late afternoon, and I hadn’t eaten all day. I had a mimosa on the table, and I couldn’t even drink it, because I couldn’t leavery the restroom. My wife had a horrid feeling come over her when she heard us talking, and ran to the restroom, before he could even say anything to her. By this time, I was crying, and felt very depressed, like I was on the verge of death. I was crying out help me, God please spare me. Finally my wife knocked on the door to make sure no one was in there, then she charged into the restroom. I got out of the stall, and I was overwhelmed with tears, panic, and this absolute sorrow. My wife saved me, and she calmed me, at which time we agreed I had to get out of there. My heart was racing, and my BP was elevated. The whispers subsided the minute she came for me, and as soon as I was calmed down enough, I exited through the back door. I didn’t want to be alone, for fear that I drop dead. Chris

Many Historic or old towns have residual energy. There will be sounds, bangs, footsteps, singing, laughter, depending where you are. If you are in a hotel you will hear kitchen sounds in the kitchen or where is used to be. You will hear dishes being moved maybe even voices.

There are some investigators that will use music, period clothing and actions of the time to help with communicating with intelligent spirits.

That includes battle grounds. The investigators might have a recording of a drummer or horn to call to battle. To create and atmosphere for investigation.

Protection – Remember to step inside a Disco Ball or Egg with the intention it protects you from psychic attacks.

Always investigate with a partner.

Have fun, be practical and present!

Have a great week! Keep your heart opened and aligned with the energy of Love! 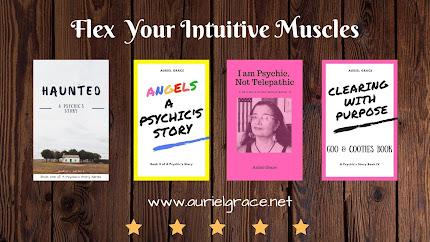