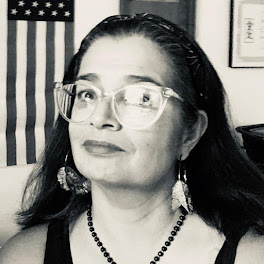 'the essence of the mystical quest is compassion'

belief that union with or absorption into the Deity or the absolute, or the spiritual apprehension of knowledge inaccessible to the intellect, may be attained through contemplation and self-surrender.

noun. a person who claims to attain, or believes in the possibility of attaining, insight into mysteries transcending ordinary human knowledge, as by direct communication with the divine or immediate intuition in a state of spiritual ecstasy.

Compassion is fierce and comes from the heart as love. This doesn't mean you are a doormat and allow people to walk all over you. It means that you are loving and understanding. You know your limits and have the ability to set boundaries for yourself and others.

The heart is the fundamental part of mysticism. To be an energy worker or psychic we work from the heart to help heal our clients. All true energy work comes through the heart as love.

All mystics are intuitive, insightful and are always on the path of enlightenment.

In the three books of his masterpiece, The Occult Philosophy, Agrippa divides the world in three sections: the elementary, the celestial and the intellectual, and believes that every inferior world is governed by its superior. His first book deals with the elementary or material world, whose main elements are: earth, water fire and air. In his second book, he deals with the celestial world, the magic properties of science and mathematics, and how the material world is influenced by celestial bodies and astrology. In his third book, he describes the spiritual world of angels, other heavenly beings and spirits, and the way one can communicate with them and with God, by using secret symbols and special talismans.

Entered the Convent at age 20

After entering the convent she became ill, she suffered tremendously. During her illness she had moments of deep religious ecstasy. divine visions and long periods of inner peace. During this time she managed to read several books by medieval mystics that strengthened her faith and gave her courage to overcome her illness.

She admitted it was her surrender to the will of God that made her strong enough to endure her suffering with Joy - she transcended the physical pain.

But the clergy suggested that her visions and inner state of ecstasy were not divine but delusions of the devil, she performed acts of mortification - fasting, abstinence, pious kneeling for several years and lost her confidence in her faith.

Her confessor - Saint Francis Borgia reassured her of the divine nature of her visions and experiences - she started to regain her confidence and her visions.

She established the Carmelite Convent of St. Josephs 1562

She helped to establish the Discalced Carmelite Brethren in 1568

"You know, I no longer govern in the way I used to. Love does everything. I am not sure if that is because no one gives me cause to reprove her, or because I have discovered that things go better in that way. The important thing is not to think much but to love much and so do that which best stirs you to love. Love is not great delight but desire to please God in everything."

He had a great education and in 1542 John Dee entered St. John’s College in Cambridge - mathematics, geometry, latin, greek, philosophy and astronomy

He managed to obtain a BA degree in 1546 & was accepted as a founding member of Trinity College where he became an under reader in Greek.

During this time he used some special stage effects to simulate the Flight of Trygaeus in the representation of Aristophanes Peace - this is where rumors of him started as being a sorcerer. = which would also put his life in danger several times.

He travelled all over Europe learning, teaching and seeking. He had one of the best libraries during the reign of Elizabeth I.

During 1558 he became Queen Elizabeth’s personal astrologer and advisor on scientific matters.

1580 he turned his attention to the secrets of nature, the supernatural, the summoning of spirits and encounters with angels. He met Edward Kelley, who was a psychic medium who used a crystal ball.  They conducted spiritual experiments while traveling together across central Europe

He was appointed warden of Christs College in Manchester

John Dee was a "deep spirit" and as such he studied and practiced astrology, Rosicrucian and Hermetic theories, he studied the Hebrew language, the Talmud and the Kabbala, and practiced alchemy hoping to find the elixir for eternal life. He nurtured the idea that the human nature is definitely connected to the divine, and that the germs of supernatural abilities lie within every individual. He believed that with careful development and under the proper circumstances, the germs can become a path that will lead to a real communication with the Spiritual and Angelic World.

In most of his books he dealt with man's divine nature and the spiritual transformation of the mankind through knowledge. Even in his famous Preface to Euclid, mathematics was explained in such a way as to be easily applied to fields such as metaphysics, mysticism and philosophy.

No doubt, Dee was a man of God, despite the fact that he did not adhere to any formal religion of his time. He sought the guidance of God and he was keen on communicating with the unseen world of angels. Assisted by Edward Kelly who acted as a medium and using a crystal ball, he maintained that he managed to communicate with the angels, was able to make predictions, acquire secret knowledge and receive and reconstruct the Enochian Language, which is the language of God and Angels and which he describes in his Five Books of Mystical Exercises. The language is a kind of bridge that connects this material world with the spiritual world, it is the language of Adam and Eve which was recorded by the patriarch Enoch in his book "Speech from God" but was lost in the Deluge of Noah.

Have a wonderful week and remember to keep your hearts open and aligned with the energy of Love!
Auriel Grace 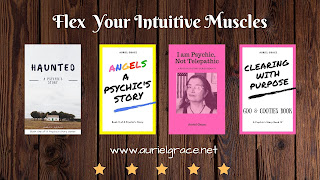 Fracture- Conchoidal - describes the way that brittle materials break when they do not follow any natural planes of separation.

Obsidian is dense volcanic glass, black in color. Glass, volcanic or manmade, cools quickly from a molten liquid without forming crystals, the building blocks of the minerals making up most rocks. In nature, erupting a glass flow requires an unusually viscous magma, one that has both a high silicon dioxide (silica) content and a very low water content. When viscosity is high and heat loss is rapid, crystallization is inhibited.

Obsidian is rich in iron and magnesium. Tiny …
Read more

Stay in your present and look to your future!
i know for many of you the past six months have been a roller coaster ride. The energy wave that has blown through isn't over yet. For those of you still holding on to past ways of being and you are standing on your hippie toe - don't you want to stand on both feet now? Are you done holding onto ideas that no longer serve you?
LET IT GO!
You are not helping yourself or anyone else by playing out the same scenario over and over again expecting different results.
It's like saying well I have put all this energy into this idea, relationship, business, job etc. I am not giving up. Let it go. If it has not changed, let it go. You are only hurting yourself more by holding onto something that doesn't serve you.
So how do you let it go? You break down why you are holding on so tight.
Fear of the Unknown is the biggest reason why people don't change.
They are so afraid of what they will change into if they let go. What if you let …
Read more

There is an untruth going around that psychics, healers, intuitive, mediums aren't meant to have an awesome quality of life. It has always perplexed me as I see many 'intuitive celebrities' who do quite well for themselves.
Why can't we have the success, happiness, joy, love and abundance and prosperity we intend for?  As I have always said we are the directors of our lives - create happily ever afters! Many of them!
Here is a prayer or invocation that can help you get a start on releasing that Vow of Poverty and the mind set that goes with it. Remember this is just the beginning of your release work with this vow.
I release the Vow of Poverty through all time and space to infinity and beyond.
I invite and invoke Arch Angel Michael to cut and cauterize all cords connect with this vow.
I invite and invoke Archeia Faith to fill me with Divine light to heal all past and present hurts. I invite love prosperity abundance and wealth into my life through all time and space Thank …
Read more