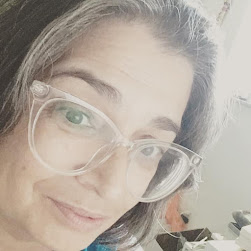 By her late teens Helena was studying Esoteric Knowledge

She travelled extensively though the Russian Empire by 1849 she was traveling through Europe, the Americas and India.

She often worked as a Medium through her travels to support herself.

She brought the eastern philosophy to the west, helping to bridge the gap, she helped start the idea of bringing all types of spirituality together to understand each other.


Col.Henry Steel Olcott - B. 8/2/1832 D 2/17/1907 Civil War Officer, he helped investigate Lincoln’s assassination, he was a lawyer in New York when he met Helena Blavatsky. Known for Revival of Buddhism

In 1874 Henry became aware of the seances of the Eddy Brothers of Chittenden, Vermont. Henry wrote an article for the New York Sun,  about Eddy Farms. His article was popular enough that other papers, such as the New York Daily Graphic
, republished it. His 1874 publication People from the Other World began with his early articles concerning the Spiritualist movement.

Also in 1874, Olcott met Helena Blavatsky while both were visiting the Eddy farm. His foundational interest in the Spiritualist movement and his budding relationship with Blavatsky helped foster his development of spiritual philosophy.Olcott was President of the Theosophical Society until his death on February 17, 1907.
https://en.wikipedia.org/wiki/Henry_Steel_Olcott

The movement founded in 1875 as the Theosophical Society by Helen Blavatsky and Henry Steel Olcott (1832 -1907) - There is no religion higher than truth.’

What is Theosophy? The word is derived from the Greek roots meaning - Divine Wisdom. It is a body of knowledge that tells us about our place in the universe and why the world is the way it is. Although it agrees in many respects with scientific theories.

The Theosophists combination of spiritualism and science to investigate the supernatural reflected the society's desire to combine religion and reason and to produce a rationally spiritual movement. This "occult science" within the Theosophical Society was used to find the "truth" behind all of the world's major religions. Through their research, Olcott and Blavatsky concluded that Buddhism best embodied elements of what they found significant in all religions.

Olcott utilized scientific reasoning in his synthesis and presentation of Buddhism. This is clearly seen in a chapter of his "Buddhist Catechism", entitled "Buddhism and Science". Notably, his efforts represent one of the earliest attempts to combine scientific understanding and reasoning with Buddhist religion The interrelationship he saw between Buddhism and Science paralleled his Theosophical approach to show the scientific bases for supernatural phenomena such as auras, hypnosis, and Buddhist "miracles".

The Theosophical Society in America -

Has a vision of wholeness that inspires a fellowship united in study, meditation and service.

Has a mission of encouraging open minded inquiry into world religion, philosophy, science and the arts in order to understand the wisdom of the ages., respect unity of all life, and help people explore spiritual self transformation.

Has an Ethic holding that our every action, feeling and thought affect other beings and that each of us is capable of and responsible for contributing to the benefit of the whole.

In 1879, Blavatsky and Olcott, moved to India, where the Society spread rapidly. In 1822, they established the Society’s International headquarters in Adyar, a suburb of Madras. Olcott was active in promoting social welfare among oppressed Buddhists that even now he is a national hero there.

The Olcott center is located in Wheaten Illinois on 40 acres. Olcott offers an extensive library, a bookstore, and a wide range of lectures and programs by many different authorities. He helped to build Buddhists schools in Sri Lanka to spread the teachings of Buddha.

The Theosophical Society believes all religions are important and an expression of humanities effort to understand each other. Theosophy is not a religion. It is a way of being individually and in group.

Theosophy shows us there is more outside and within our being.

Encouraging and connecting Spirituality and Science

Social action for healing the Earth

The Universal law of Cause & Effect

https://www.youtube.com/watch?v=bueOQUDN5Jo&t=1229s
Check out the links in this blog for more information about the Theosophical Society, Henry Olcott & Madame Blavatsky. There is a lot to explore!
Keep your heart open and aligned with the energy of LOVE!
Auriel Grace