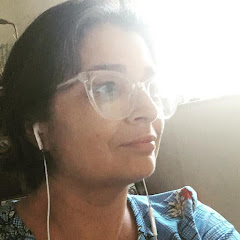 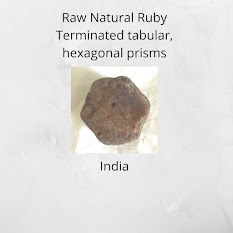 Moh's 9.0
Chakra - Heart - Love and Courage stone
Gem Remedy - Yes
All natural rubies have imperfections in them, including impurities and inclusions found in natural rubies to distinguish them from synthetics, or substitutes. Usually the rough stone is heated before cutting. Almost all rubies today are treated in some form, with heat treatment being the most common practice. Rubies that are completely untreated but still of excellent quality command a large premium. Check with a specialist - gemologist, when buying rubies.
Color
Generally, gemstone- quality corundum in all shades of red, including pink, are called rubies.  In the United States, a minimum color saturation must be met to be called a ruby, otherwise the stone will be called a pink sapphire. The distinction between rubies and pink sapphires is new, 20th century. If a distinction in made, the line separating a ruby from a pink sapphire is not clear and highly debated.
Natural Occurrence
The Mogok Valley in Upper Myanmar, (Burma) was for centuries the world's main source for rubies. That region has produced some of the finest rubies ever mined,  in recent years very few good rubies have been found there. The very best color in Myanmar rubies is sometimes described as 'pigeons blood'. In central Myanmar, the area of Mong Hsu began producing rubies during the 1990's and became the world's main ruby mining area. The most recently found ruby deposit in Myanmar is in Name (Namyazeik) located in the northern state of Kachin.
Rubies have historically been mined in Thailand, the Pailin and Samlout District of Cambodia, Burma, India, Afghanistan and in Pakistan. After the World War II ruby deposited were found in Tanzania, Madagascar, Vietnam, Nepal, Tajikistan and Pakistan.
A Few rubies have been found in the U.S. states - Montana, North Carolina, and South Carolina.
Large ruby deposits have been found under the receding ice shelf of Greenland.
In 2002 rubies were found in the Waseges River area of Kenya.
2009 in Mozambique in Nanhunbir in the Cabo Delgado district of Montepuez.
History & Legend -
People in India believed that rubies enabled their owners to live in peace with their enemies.
In Burma (a ruby source since at least 600 A.D. - now called Myanmar, warriors wore rubies to make themselves invincible in battle.
Rubies were worn in medieval Europe to guarantee health wealth and success in love.
Rubies are the U.S.A birthstone
As early recorded transport and trading of rubies arises in the literature on the north Silk Road of China, where in about 200 BC rubies were carried along this ancient trackway moving westward from China.
Rubies have always been held in high esteem in Asia countries . They were used to ornament armor, scabbards and harnesses of noblemen in India and China. Rubies were laid beneath the foundation of buildings to secure good fortune to the structure.
Healing aspects of Ruby - 'Follow your Bliss' is the motto of this stone. Placed over the heart strengthens vitality and independence. The Ruby reminds you to love yourself enough to find out what truly makes you thrilled about being on this planet and motivates you toward your goal (s).
In crystal Layout rubies promote powerful and positive feelings, assisting in strengthening the energy field/ aura of the person and encouraging spiritual expansion.
Have a wonderful week! remember to keep your heart open and aligned with the energy of LOVE!
Auriel Grace
Information for this blog comes from wikipedia & Crystals bu Jennie Harding 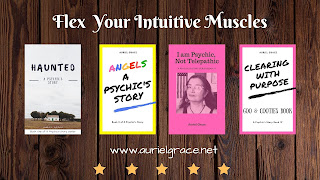