The title 'Buddha', which literally means 'awakened', is conferred on an individual who discovers the path to nirvana, the cessation of suffering, and propagates that discovery so that others may also achieve nirvana.

Siddhartha lived in a very controlled environment by his father Soddhodana. Siddhartha was a prince, a prophecy was given on his birthday that Siddhartha would either be a great king or a great Holy Man.

His father wanting Siddhartha to be a great king, kept his son within the palace they lived in, always busy learning kingship or being entertained. However, Siddhartha, not knowing about suffering, death or even much change in his life, had brief experiences outside of the palace. After questioning his servants about why or how people suffered, he thought about his own mortality, his own life. After his son was born Siddhartha left the palace and started his journey of enlightenment. After many years of experiencing suffering and depravation, he realized, one does not have to suffer to experience nirvana as life in itself there is suffering and change, most importantly there is love and compassion.  Obtaining nirvana is a constant, like ascension, it is ever evolving. To achieve Nirvana is simply to follow your inner guidance and trust yourself, you are already there. Being aware of and practicing compassion for others is a great way to be, being present. Paying attention.

Siddhartha started teaching about Dharma - cosmic law and order - the foundation of balance, to bear witness too. The right way of being. He started a school and accepted both men and women, from every caste  into his school. The students serving the community.  The Sanga - the community - A living example of Buddhist teaching.

The Seven Factors of Awakening are seven mental capacities on which Buddhist tradition places significant value. Known within the religion as “inner wealth”, these factors are mindfulness, investigation, energy, joy, tranquillity, concentration, and equanimity.

The sitting Buddha is often teaching or meditating, though more can be learned from the mudras, or hand positions. The standing Buddha is rising to teach after reaching nirvana. The walking Buddha is either beginning his journey toward enlightenment or returning from teaching a sermon.

Maitreya - Compassionate One -  is the buddha of the future, who will be born to teach enlightenment in the next generation. According to Mahayana teachings, a Buddha is first born as a bodhisattva, and then after many lifetimes, progresses on to Buddhahood.

Maitreya is not a savior, he will come to remind us of Dharma - the way of compassion. He is an example for us to contemplate and emulate.

Maitreya is the Laughing Buddha

Be well, be present, keep your heart open and aligned with the energy of LOVE! 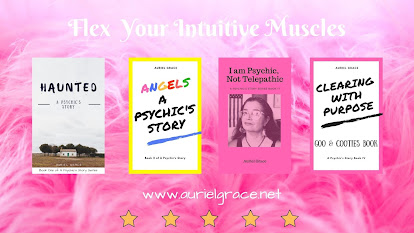