Connection to the awesome power of earth

This is a place where the ley lines cross - energy meridians that encircle our planet. Which make this area such a powerful spot to experience.

Sandstone & Snow Quartz are the stones of Sedona

In Arizona there are a lot of mines. The land was once part of the ocean, so you will find seashells, fossils and also stones of volcanic nature - obsdian, apache tears, peridot etc

Sandstone from Sedona holds the concentrated energy of the powerful multidimensional vortices and links to universal knowledge. It stimulates out of body journeying.

Bell Rock is one of Sedona's most known Vortex Meditation sites. It is an Upflow area (also referred to as Electric or Masculine) that is best for serenity and solving problems from a higher (spiritual) perspective.

Airport Mesa Vortex is an Upflow area (also called Electric or Masculine) that helps your spirit soar for a higher perspective and/or greater oneness and serenity. It is also the one place in Sedona where you can get a 360 degree panorama of the whole town.

Cathedral Rock is the only one of the four major vortices with “feminine” energy—where the energy enters the earth—and is said to have introspective power that connects you to memories and past lives. While the energy is more subtle, it is quite powerful, encouraging you to slow down, become calm and grow quiet.

Boynton Canyon Also known as the Kachina Woman Vortex Site, it's both an inflow and an upflow site, with the canyon as inflow and the ridges and peaks as upflow. It stretches two-and-a-half miles long, with energy throughout.

Feminine Vortexes, also known as “Yin”, is defined as a Magnetic vortex as the energy flow is very nurturing, soft and can assist you in inward activities. The Divine Feminine energy is a loving energy, not only for self but for others.

Masculine Vortexes, also known as “Yang”, is defined as a Electrical vortex that tends to be very energizing and known for getting the energy moving. Perfect for forward movement, setting intentions and increasing your resolve and stamina.

What this site offers you -

Immense sense of peace and calm

respect for Earth as a sacred, living being

healing for loss of land, tribe or home

An opportunity to honor the old ways, regardless of your cultural background

the potential to walk lightly on sacred ground

Quarrying Licenses are only given to Native Americans. Archeological evidence suggest Pipestone quarries have been in use for over 3000 years. The Dakota were moved off their sacred land in the mid 1880’s afters years of conflict, between settlers and tribes, in 1937 the site was returned to the spiritual guardianship of its native owners.

Found in Southwest corner of Minnesota it helps to unite the spiritual and physical worlds and invokes a profound connection tit he great spirit, 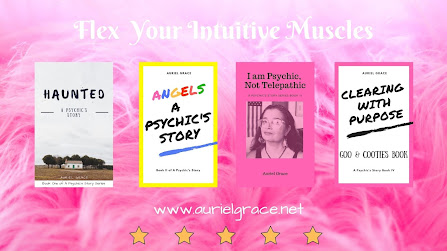