Norse Mythology is one of my favorite subjects. We started our path  looking at the different mythologies, looking at the Anunnaki or our Extra Terrestrial brothers and sisters and asking how they came to earth and how many different ‘ races’ influence what we believe now.

The Norse Gods so far are the most cosmic, they are the closest to the Galactic Federation as we can get. “The Norse Gods are the Guardians of the Cosmos’. That quote and similar ones are used in many of the modern books about them.

The Norse Gods are immortal, they can be damaged and die from serious injury. Like many of the Gods we have spoke about from other pantheons. According to the myths the Gods died during Ragnorak - their end of the realms story, leaving only one female and one male to restart the population of a new realm. Their version of the Adam & Eve mythology?

Most of the legends and stories were not originally written, they were told orally by the storytellers within the Norse tribes.

Song of the Vikings: Snorri and the Making of Norse Myths by Nancy Marie Brown.

The Poetic Edda by Snorri Snurlson.

Yggdrasil is a tree central to the Norse concept of the cosmos. Yggdrasil’s limbs extend to carious realms/planets and the various creatures who dwelt within them.  Yggdrasil is a Cosmic tree holding the balance within the nine realms.

Verdandi - to become  - ‘That which is happening.’

The Norns are the Norse Prophets. They give vague guidance to the Gods to assist them on their paths of keeping the Cosmos in balance.

The fruit of the tree is known to heal and wound or illness, the leaves are known to bring back the dead.

There are many other 'subsidiary' Norns who assisted with the destinies of the gods.

Asgard - Where the Aesir reside, their fortress of renown beauty Asgard is home to the primary gods, demigods and healers who protect the nine realms.

The Aesir or Asgardians were the guardians of the cosmos. They were a military society, everyone had their role and each role was just as important as any other, from Odin, their All Father, to the person who sharpened their blades.

Asgard is a beautiful realm with lush forests, grand homes and castles, beautiful farmland and more. It is a place of wisdom, beauty and grace.

It is also where the hall of Valhalla resides - Odin's Warriors

Nanna - Goddess of Warmth - Married to Baldar, Mother of Forsythe - God of Justice

Mimir - God of Counsel and Wisdom

After a horrible war the Vanir and Aesir decided it was better to live peacefully with one another. These secondary Gods gave the Aesir a broader way of thinking, opening their logical minds to magic and energy to broaden the Aesir’s way of thinking.

Home of the Valkries - Warrior Goddesses

Nidavellir - the land of the dwarves and dragons. Creator of the gifts to the Gods. blacksmiths

Muspellsheir - realm of fire - Surtr - emerged from the fire to destroy the Bifrost bridge. Primordial world

Nilfheimr  World of Mist primordial.  One of Yggdrasil’s roots grow to this realm Nithog the giant dragon gnaws on the root of Yggdrasil.

Helheim -  This realm is ruled by Hel - Loki’s daughter. This is the realm of the dead. Those who died without glory.  One of Yggdrasil’s roots grow to this realm.

Since the Norse people recently started writing their stories, there are discrepancies as their history/mythology was through storytelling. I like the fact that each story has different versions. Each of the realms are so different from the other but hold great cultures.

What do you think?

Have a fun week! Keep your heart open and aligned with the energy of LOVE! 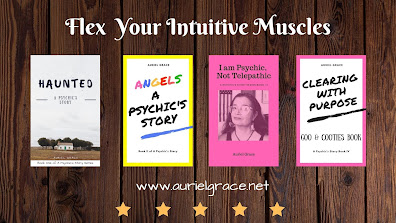