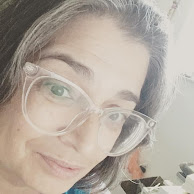 Franz Anton Mesmer (23 May 1734 – 5 March 1815) was a German physician with an interest in astronomy. He theorised the existence of a natural energy transference occurring between all animated and inanimate objects; this he called "animal magnetism", sometimes later referred to as mesmerism. Mesmer's theory attracted a wide following between about 1780 and 1850, and continued to have some influence until the end of the 19th century.[2] In 1843, the Scottish doctor James Braid proposed the term "hypnotism" for a technique derived from animal magnetism; today the word "mesmerism" generally functions as a synonym of "hypnosis". Mesmer also supported the arts, specifically music; he was on friendly terms with Haydn and Mozart.

Mother Ann Lee Believers thought she was the embodiment of a dual nature god - Feminine aspect. The young women 1830’s were swept up in excitement. Claiming to be seized by spirits, they danced wildly, sang, spoke in tongues, swayed and swooned. These manifestations subsided in the mid 1840’s but community elders later viewed them as harbingers of the days when two other women, the Fox Sisters would speak of strange raps.

Amy & Isaac Post were radical Hicksite Quakers from Rochester, New York and leaders in the 19 century anti-slavery and women rights movements. Among the first believers in Spiritualism, they helped to associate the young religious movement with the political ideas of the reform movement.

In 1848, the Posts took into thier home the Fox Sisters, Kate, Margaret and Leah who appeared to have acquired the ability to communicate with spirits through wrapping noises. They introduced the girls to their circle of radical friends, and almost all became ardent believer in the emerging religion of Spiritualism. Isaac Post himself became an acknowledge medium. His 1852 book, Voices for the Spirit World, being Communication from Mary Spirits, was presented as the spirit writings of eminent persons such Benjamin Franklin and George Fox.

In 1848 Kate and Maggie heard rapping in the home their parents rented in Hydesville New York, Arcadia County. They noticed when they heard the rapping and rapped back on the walls of their home there were raps back. The spirit claimed to be Charles B. Rosna who had been murdered in the house and buried 6 feet deep in the cellar.

The neighbors and their brother dug down and found part of a skull and some pottery shards. No person named Charles > Rosna was ever identified.

The family moved out of the rental and into their brothers house and the rapping followed them, keeping the family from sleeping. When Leah their older sister heard what was happening she traveled from Rochester New York to Hydesville  to find out the truth. Leah thought if she separated the sisters it would end the rapping. It did not. So both younger sisters came to live with her in Rochester.

The rapping did not stop, in fact the energy kept buildings and becoming more aggressive. Wanting help, they let their friends Amy & Issac Post know what was going on. They helped by learning how to communicate with the spirits through creating a yes and no system and expanding the raps for the alphebet.

On 11/14/1849 the Fox Sisters including Leah demonstrated their spiritual rapping at the Corinthian Hall in Rochester. During this week, they were searched, including by women who had them undress so the women could search their clothing for anything creating the noises. Their popularity grew, the girls ended up giving hundreds of paid seances. There were many people who helped them  gain more clientele. There were concerns about the girls and not having parental supervision as the girls started drinking wine.

There were many people who debunked the Fox Sisters spirit rapping.

Maggie married Elisha Kane, Arctic Explorer in 1852. Kane believed the Fox Sisters were frauds. Maggie converted to Roman Catholicism and renounced her mediumship gifts and confessed to fraud. She retracted her statements saying she needed the money offered to support herself.

When her husband died, she went back to working as a medium.

Both Maggie and Katie died impoverished, shunned by former supporters.

Margaretta and Katie made very strong statements against Spiritualism:

"That I have been chiefly instrumental in perpetrating the fraud of Spiritualism upon a too-confiding public, most of you doubtless know. The greatest sorrow in my life has been that this is true, and though it has come late in my day, I am now prepared to tell the truth, the whole truth, and nothing but the truth, so help me God! I am here tonight as one of the founders of Spiritualism to denounce it as an absolute falsehood from beginning to end, as the flimsiest of superstitions, the most wicked blasphemy known to the world." – Margaretta Fox Kane, quoted in A.B. Davenport, The Deathblow to Spiritualism, p. 76. (Also see New York World, for October 21, 1888 and New York Herald and New York Daily Tribune, for October 22, 1888.)

"I regard Spiritualism as one of the greatest curses that the world has ever known." – Katie Fox Jencken, New York Herald, October 9, 1888. - wikipedia

Let’s talk about how some people who will give up on their spirituality because of religious beliefs, influenced by other people,  being influenced by spirits - alcohol and drop addiction

Let’s gives some ideas of protection while practicing speaking to spirits.

References - Talking to the Dead - Kate and Maggie Fox, the Rise of Spiritualism

YouTube The Spooky Roots of Spiritualism - The Fox Sisters

The Rise and Fall of the Fox Sisters - Buzzfeed Unsolved Network

Remember to keep your hearts open and aligned with the energy of LOVE!