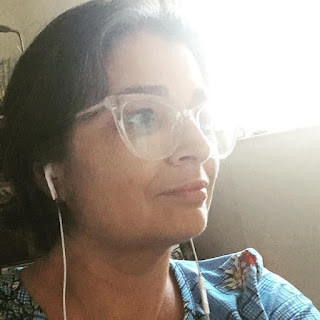 A Sapphire is the birthstone for September, the gem of the 45th wedding anniversary, a Sapphire Jubilee occurs after 65 years.

Sapphire is an Oxide mineral

Sapphires and Rubies are often found in the same geographical area. The best quality comes from Kashmir, India followed by Sri Lanka and Madagascar.

Untreated Sapphires are worth more that those treated. Most Sapphires have been heat treated for color. When you buy your Sapphires make sure to find out what type of Sapphire you are buying. Remember to make sure the Sapphire is certified by a gemologist.

There are also lab grown Sapphires available. Synthesis of blue sapphire came in 1909 after Augustus Vermeuil produced a synthetic Ruby. The patent went through in 1911.

Star Sapphire is a type of sapphire that exhibits a star like phenomenon known as asterism. Star sapphires contain intersecting needle like inclusions following the underlying crystal structure that causes the appearance of a six rayed – ‘star’ shaped pattern when viewed with a single overhead light source. It is a mineral rutile, made of titanium dioxide. https://en.wikipedia.org/wiki/Sapphire 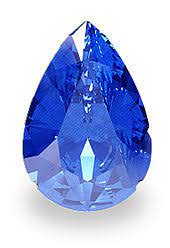 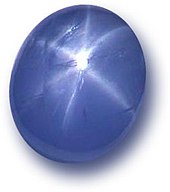 The Star of India mined in Sri Lanka 563.4 carats is on display, currently on display at the American Museum of Natural History in New York City.

Star of Bombay, 182 carats is on Display at the National Museum of Natural History in Washington DC

For centuries, sapphires have been known to be a symbol of innocence, longevity and a talisman for good health. The stone represents prosperity, beauty and inner peace

The Royal Gemstone – Sapphires are known as the regal gem which dates back to  2nd century AD. At around this time is was thought Kings wore sapphires around their neck to protect them from harm.

Ancient Greeks associated Sapphires with Apollo, the Oracles of Delphi wore Sapphires believing that Sapphires are connected to the spirit world.  Later on Sapphires were popular with necromancers and witches due to their ability to tap into the third eye chakra.

Ancient Persia – Ancient Persians believed that Blue Sapphires were chips from a huge pedestal that supported the earth. The reflections that colored the sky blue.

Hindu Mythology – The Kalpavriksha is a wish fulfilling divine tree, made of precious stones. The fruit are rubies, the base of the trunk diamond, and the roots are sapphires.

Ecclesiastical Sapphires – Sapphires are mentioned in the bible. Fri the 12th century, Sapphires began to be associated with the clergy. There was a legend the 10 commandments were given to Moses on a sapphire slab. Now we know it to have been Lapis Lazuli.

The clergy believed that Sapphires were associated with purity and chastity, known as the sacred gem of gems.

6 – They were said to act as an antidote to poisons, but they were especially used to heal eye complaints. The first recorded date is 1391, but the ancient Egyptians used all blue gemstones for this same purpose.

Charles V was known to wear a Sapphire set in a ring to touch people’s eyes and cure them of diseases, and several Pontiff’s had similar items.

Star Sapphires were especially shrouded in mystical properties – The Asteria or star Sapphire, might be called a ‘Stone of Destiny’, as the three cross-bars which traverse it are believed to represent Faith, Hope & Destiny. As the stone is moved, or the light changes, a living star appears, a guiding gem, warding off ill omen and the ‘evil eye’.

8 - A Cursed Sapphire  - The Star of India is one of the most famous of all gemstones. A 563 carat Star Sapphire, one of the largest ever discovered, it has a fascinating history, and some have speculated that it is cursed.

J P Morgan, a wealthy banker, commissioned George Frederick Kunz, the esteemed gemmologist, to assemble some of the most spectacular gems in the world for the Paris Exposition of 1900. The Star of India was amongst the gemstones he procured for the occasion. After the Exposition, Morgan donated the gems to the American Museum of Natural History. It resided there quite peacefully until 1964.

On October 29th, a group headed by Jack ‘Murph the Surf’ Murphy, stole the Star of India and a collection of other gems, in what was an infamous heist in its day.

During the Museum’s opening hours, the gang had unlocked a bathroom window. After dark, they crawled in, and found that the Star of India was the only item in the collection that was alarmed. Luckily for them, the alarm had run out of batteries. They made off with gems worth over $400,000 (over $3 million today).

The word Sapphire is from the Hebrew Sapir In the Old Testament, in Exodus, Chapter 28, Verse 18 where God is going instruction for making a breastplate for Aaron the high priest, sapphire is one of twelve sacred stones required to complete the design. The breastplate has four rows of these precious stones: the second row contains emerald, sapphire and diamond. These stones are all symbols of the twelve tribes of Israel.

Sapphire Blue Ray – This is the deep sapphire blue in many medieval paintings and stained glass windows, the translucent shade most famously featured in the cathedral of Chartres in France. The interior of this vast stone building is kept deliberately dim,  when light passes through the windows, the depth and beauty of the blue glass is particularly noticeable. Medieval glassworkers used ground lapis lazuli to stain glass that particular color and artists used the same powder in mixing paint to show the virgin Mary’s robes.

Enhances self confidence and standing in the world, due to its long history as a badge of royalty.

Have an awesome week! Keep your heart open and aligned with the energy of LOVE 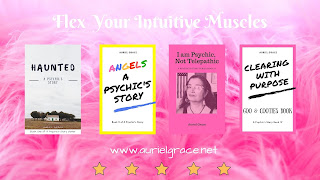