The city and battle of Troy were thought to be a myth when the city of Troy was discovered in 1870 by Heinrich Schliemann. It is now a Unesco world heritage centre. It is no longer a myth.

Let’s go back to ancient Sumeria. According to Zacharia Stitchen, Enki had two sons, Ptah & Thoth.  During that time the original colony of E.D.E.N was growing, the population became too much and the Annunaki with their humans started settling in different areas of the Earth.

Who is Poseidon/Neptune and what does he have to do with Atlantis?

Poseidon is the God of seas, storms, earthquakes and horses.

The God Poseidon found no difficulty in making special arrangements for the center island, bringing up two spiring of water, from beneath the earth, on of warm water, the other of cold - Plato

There were a great number of Elephants on the Islands

There was an abundance of metals, copper and gold

The stone which they were quarried was white , another black and a third red.

The main city was constructed with white, red, black stone

The country immediately surrounding the city of atlantis was a plain, itself surrounded by mountains which descended towards the sea

The mountains of the islands of Atlantis was celebrated for number, size and beauty

Plato - There were alternate zones of sea and land, larger and smaller, encircling on another there were two of land and three of water, which were turned as if with a lathe, each having it circumference equal distance every way from the center.

While Atlantis was destroyed the races abandoned the islands during a time of climate change. known as the Younger Dryas 12,900 years ago.

What is the Younger Dryas that happened 12,900 years ago?

The Younger Dryas was a period of climatic change, but the effects were complex and variable. In the Southern Hemisphere and some areas of the Northern Hemisphere, such as southeastern North America, a slight warming occurred.[5]

The current theory is that the Younger Dryas was caused by significant reduction or shutdown of the North Atlantic "Conveyor", which circulates warm tropical waters northward, in response to a sudden influx of fresh water from Lake Agassiz and deglaciation in North America. - Google

The Younger Dryas (YD) impact hypothesis is a recent theory that suggests that a cometary or meteoritic body or bodies hit and/or exploded over North America 12,900 years ago, causing the YD climate episode, extinction of Pleistocene megafauna, demise of the Clovis archeological culture, and a range of other effects. - Google

Where do the researchers think Atlantis or its Satellites were? They would have to be in the Atlantic right? That is what is is beamed after here are some ideas -

Silves Portugal  - there is red and black stone decorating the plaza and other buildings. There is a fresh water canal that is also salt water from the ocean when the tides come in. The canal is the length of what is told of from Platos story of Atlantis 9.25 miles

The archaeological site of Akrotiri is directly south of the modern-day village with the same name, at the south-western part of the crescent shaped island of Thíra, the largest island in the Santorini archipelago. Advanced Architecture, hot/cold water.

There are ancient walls at the top of Santorini - very much like Italy, Spain, Egypt & South America.

Bimini Bahamas- Island - The Bimini wall/road - a northwest/trending southwest wall/road with a hook at its southwest end. It is made with block 9-12 feet in horizontal dimensions, with the average rock being 6-9 ft. The larger blocks are shaped.

There are two other wall/ roads 160-200 ft. long lying shoreward of the Bimini wall/road, these stones are tabular 3-7 feet in maximum horizontal breadth. The blocks consist of limestone with composed of carbonate cemented shell hash that is called beach rock. Beach rock is native to the Bahamas. Because of erosion tool makes on the stones have not been found.  These rocks are estimated about 3600 years old. It is a speculation as the sea is always moving. Edgar Cayce spoke about this area as being the place of Atlantis. 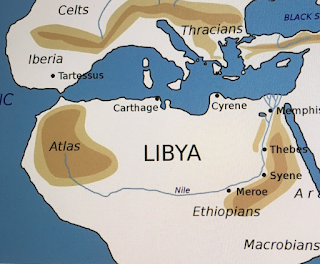 It is a eroded geological dome, 25mines in diameter, exposing sedementary rock in layers which appear as concentric rings, Igneous rock in exposed inside and there are spectacular rhyolites and gabbros which have undergone hydrothermal alteration - volcanic -  and a central megabreccia.

Let us know if you like our Ancient History shows! We are working on the Greek Pantheon right now!
We are following the clues as to where the Annunaki spread out through out our Earth!
Have a great week! Keep your heart open and aligned with the energy of LOVE!
Auriel Grace 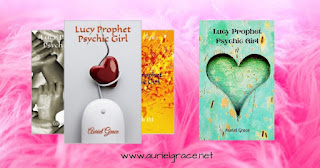