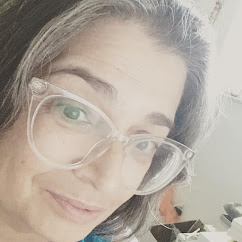 Citrine has been loved for thousands of years. The word was first used in 1385 to refer to yellow gemstones. This November birthstone has become a symbol of manifestation, wealth, and imagination. Its yellow hues evoke the warmth of the sun and life-giving energy.

In ancient times, people believed that citrine gemstones could calm tempers, soothe anger, and manifest desires. To leverage these powers, Egyptians used citrine gemstones as talismans, the ancient Greeks carved iconic images into them, and Roman priests fashioned them into rings.

Crystal lore states that Citrine is one of the only stones that doesn't retain negative energy, but instead deflects it.  As such, it is excellent in charms against lethargy and depression.

Virtue - Citrine - inspiration, prosperity
Physical/ Emotional - Assists with stimulating creative thinking and inspiration, freeing the mind of limitations. Assists with turning ideas into reality.
Healing Effects - In healing layouts, place on the forehead to increase creative inspiration or over the solar plexus area to clear tension from upper abdomen.
Personal Uses - place in your personal space to bring good fortune and abundance. Meditate with Citrine for mental clarity
Put in your safe, money bag or coin purse for prosperity/
Wear or carry for inspiration
Gem Remedy - for Vitality
Topaz - Solar Plexus Chakra
Form & Structure - Orthorhombic system, with glass like transparency
Fault lines often visible along one plane
granular clusters can be large
Color - golden yellow, clear, orange, red, green, blue (heat treated clear topaz)
Geography
Brazil, Mexico, Myanmar, Pakistan, Russia, Sri Lanka, USA
Rarity - easily obtained as unpolished specimens from crystal suppliers set in jewelry
Moh's 8
History and Folklore
Traditional legends claimed that topaz could harness the power of the sun.
The name for imperial topaz originated in nineteenth-century Russia. At the time, the Ural Mountains were topaz's leading source, and the pink gemstone mined there was named to honor the Russian czar. Ownership of the gem was restricted to the royal family.
The ancient Greeks believed that topaz could make a wearer invisible. The gem was also thought to calm anger and balance strong emotions. A symbol of honor and strength, topaz was believed to bring longevity and wisdom.
https://www.gia.edu/topaz-history-lore
Physical/ Emotionally - assists with clarifying intent linked to higher purpose, helping a person pursue their true path.
clears the head and improves concentration.
Clears the solar plexus chakra of negativity
Healing layout - place over the third eye chakra to clear the mind to open for higher wisdom.
Gem Remedy - to connect with higher purpose
The links above will take you to more information and pictures of Citrine & Topaz.
Source - Crystals - Jennie Harding
Have a wonderful week! Keep your heart open and aligned with the energy of LOVE!
Auriel Grace
citrine crystals minerals topaz