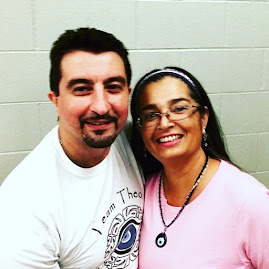 Psychic Medium – saw spirits of all kinds including an angel who asked him what he wished for – his reply was to serve others especially children.
Topics in which he spoke about –
Health Related information
Philosophy and Reincarnation
Dreams and Dream Interpretation
ESP and Psychic Phenomena
Spiritual Growth, Meditation and Prayer
https://www.edgarcayce.org/edgar-cayce/his-life/
There is a River – The Story of Edgar Cayce –
https://secured.edgarcayce.org/product/30/There-Is-A-River
What is a medical intuitive? A medical intuitive is an alternative medicine practitioner who claims to use their self-described intuitive abilities to find the cause of a physical or emotional condition through the use of insight rather than modern medicine.
What is a trance channel? A trance channel is some one who fully incorporates a being of Light.
He was taken to church when he was 10, and from then he read the Bible, becoming engrossed, and completing a dozen readings by the time he was 12.[9] In May 1889, while reading the Bible in his hut in the woods, he 'saw' a woman with wings who told him that his prayers were answered, and asked him what he wanted most of all. He was frightened, but he said that most of all he wanted to help others, especially sick children. He decided he would like to be a missionary
The school teacher complained about him not learning his lessons to his father. That night his father made Edgar stay up late, knocking him out of his chair when he couldn’t remember what his lessons were. Edgar heard a voice say sleep and we will help you. Edgar asked his father if he could rest for a while. He put his head on the book and when his father woke him up – he knew the book. Anything his father asked him about his lesson and the book he could answer. Edgar did this with all his school books.
When the teacher asked him about how he learned his lessons Cayce told him he slept with the books and was able to see the books in their entirety including pictures. Soon Edgar became the best student.
Edgar was a devoted Christian and Sunday school teacher. Reading the bible for every year of his life.
Edgar was hurt as a child playing a game with a ball. He started acting strangely, he was put to bed. He diagnosed his own cure that night. His family prepared the cure and he was healed in his sleep.
He was struck with laryngitis in 1900 which led to his career as a photographer. While watching a Hypnotist show at the Opera house – the hypnotists, Mr. Hart offered his services to Edgar. Edgar could not get to the third stage of hypnotism to take the suggestion of his throat working normally and so was unsuccessful. Al Layne another hypnotists who lived in Hopkinsville offered his services. Al figured out how to talk to Cayce during the session and asked him to heal himself. After that night Cayce was healed. Whenever his voice would go out, he would go into trance and fix his voice. It seems his voice would go out because of stress. Much of his stress was not knowing if what he did was for the higher good or was it a Christian thing to do. He was afraid of hurting people or not being able to cure them.
‘The channel’ was giving information that healed many people. Some of the concepts or even the herbal medicine asked for during the sessions had been heard of or used for many years. They would have to research or find the medicines.
His mother was a great comfort and support for him. She was always there for him and reassured him he was doing ‘the Lords’ work.
In 1902 he went for a job in a bookstore in Bowling Green Kentucky – he met students and professional doctors who found out what he could do. Because they were doctors and arrogant they mistreated Edgar, he stopped working with those doctors.
He finally decided to go back to Hopkinsville, where he made a deal to do two readings a day, while being a photographer. Only to help people who needed help.
This is Part one of our Edgar Cayce show. We will be doing the second part of the Edgar Cayce show on 6/27/2021! Join us for the show!
Have a wonderful week! Keep your heart opened and aligned with the energy of Love!
Auriel Grace 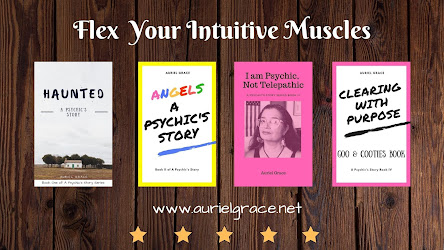